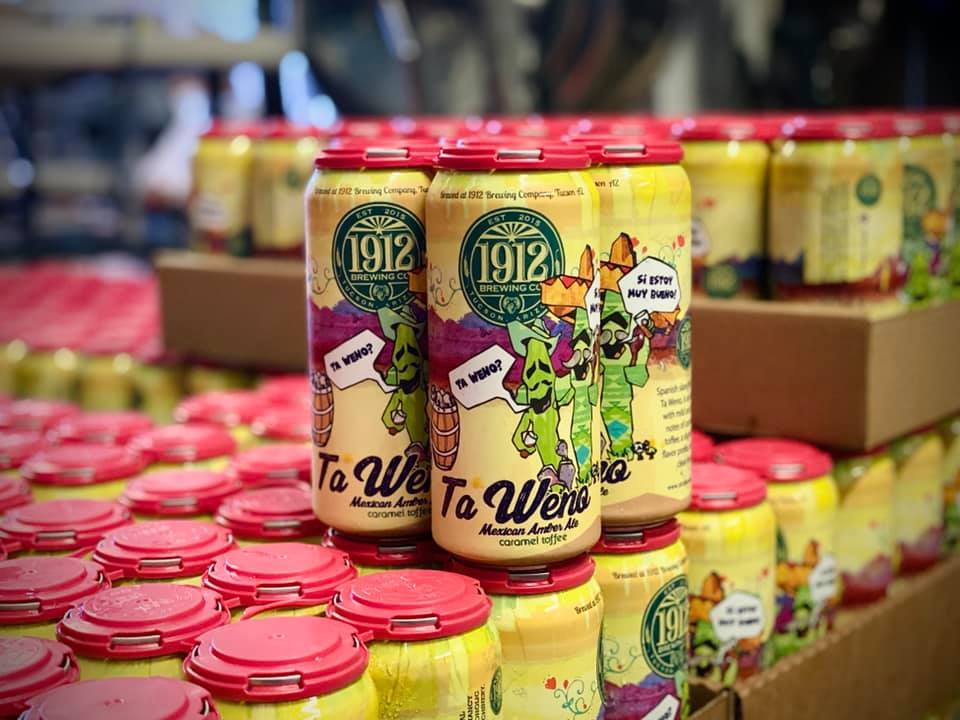 We’re kicking off this Thirsty Thursday with a buy 2, get 1 free special of our Ta Weno Mexican Amber!

Purchase 2 (4pk’s) of our favorite easy drinking Amber and get your 3rd one FREE! Perfect for any light drinker, or craft enthusiast. 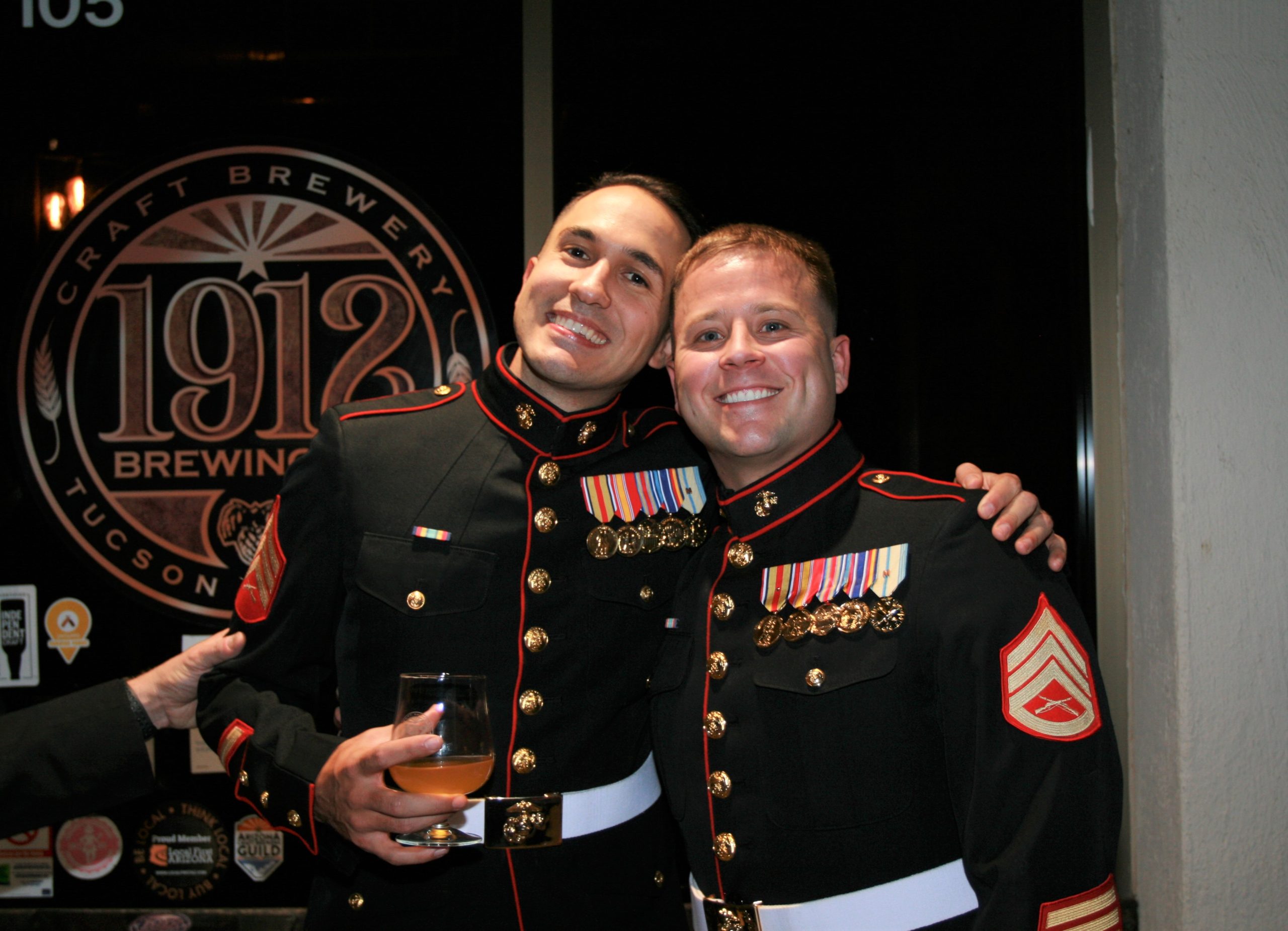 Throwback to last year’s celebration… We know it will be a bit different and smaller, but we are super excited to celebrate with you again! On November 9th, 2020 our 245th US Marine Corps Birthday Celebration is at 1912 Brewing Co!

Get your tickets online at www.1912brewing.com/order-online. There are only a few more tickets left for the celebration. You can also celebrate with us remotely by purchasing an Online USMC ticket. The online ticket will include online access to our USMC Ceremony, a 16oz 1912 beer, and a gourmet cupcake for dessert. Please, pick-up your items before the event to enjoy while you watch! 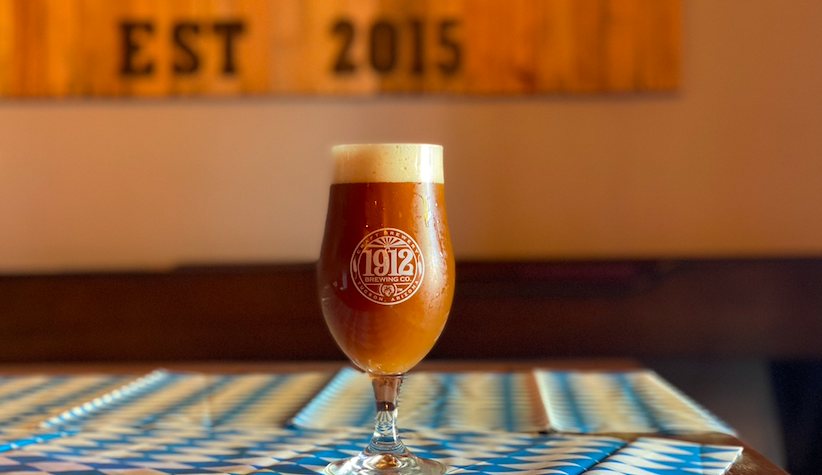 Check out what we brewed up this year for Oktoberfest! Going more the traditional route, you can try our Oktoberfest beers on draft, or take home to-go! 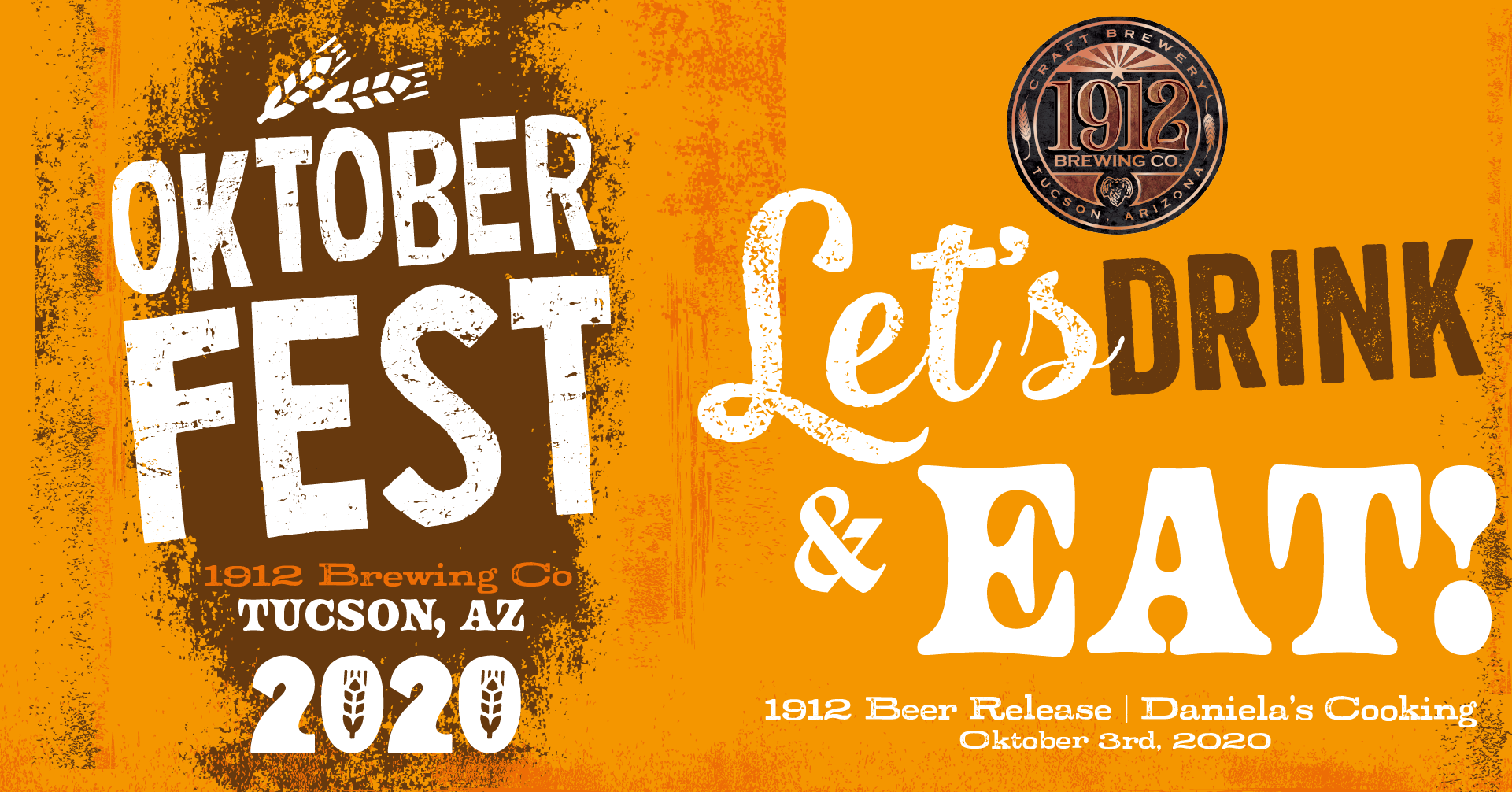 Let us drink and eat!

Celebrating with our 1912 Dunkelweizen Beer Release. Reflecting the best yeast and wheat character of a hefeweizen blended with the malty richness of a Munich Dunkel.

‘Drink To You In Riddles’ will be more traditional this time around with notes of banana, clove, and hints of caramel and chocolate.

Compete (safely) with your fellow 1912 beer friends for a STEIN HOLDING CONTEST at 5pm! Buy-in for only $1 and enjoy a Stein full of beer! The winner gets a $25 gift card! OOOH YEAH!

Daniela’s Cooking will be on-site from 4-8 pm with Brats with her famous house-made Pretzels and 1912 Beer Cheese! 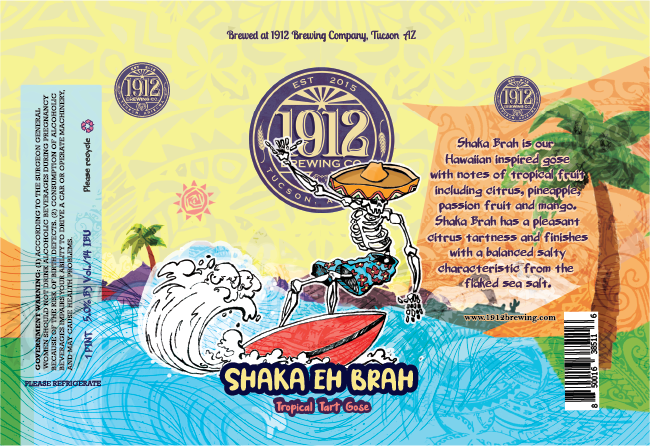 Join us for the Release of our Hawaiian Inspired Gose SHAKA EH BRAH!

Shaka Brah is our Hawaiian inspired gose with notes of tropical fruit including citrus, pineapple, passion fruit and mango. Shaka Brah has a pleasant citrus tartness and finishes with a balanced salty characteristic from the La Jolla sea salt. 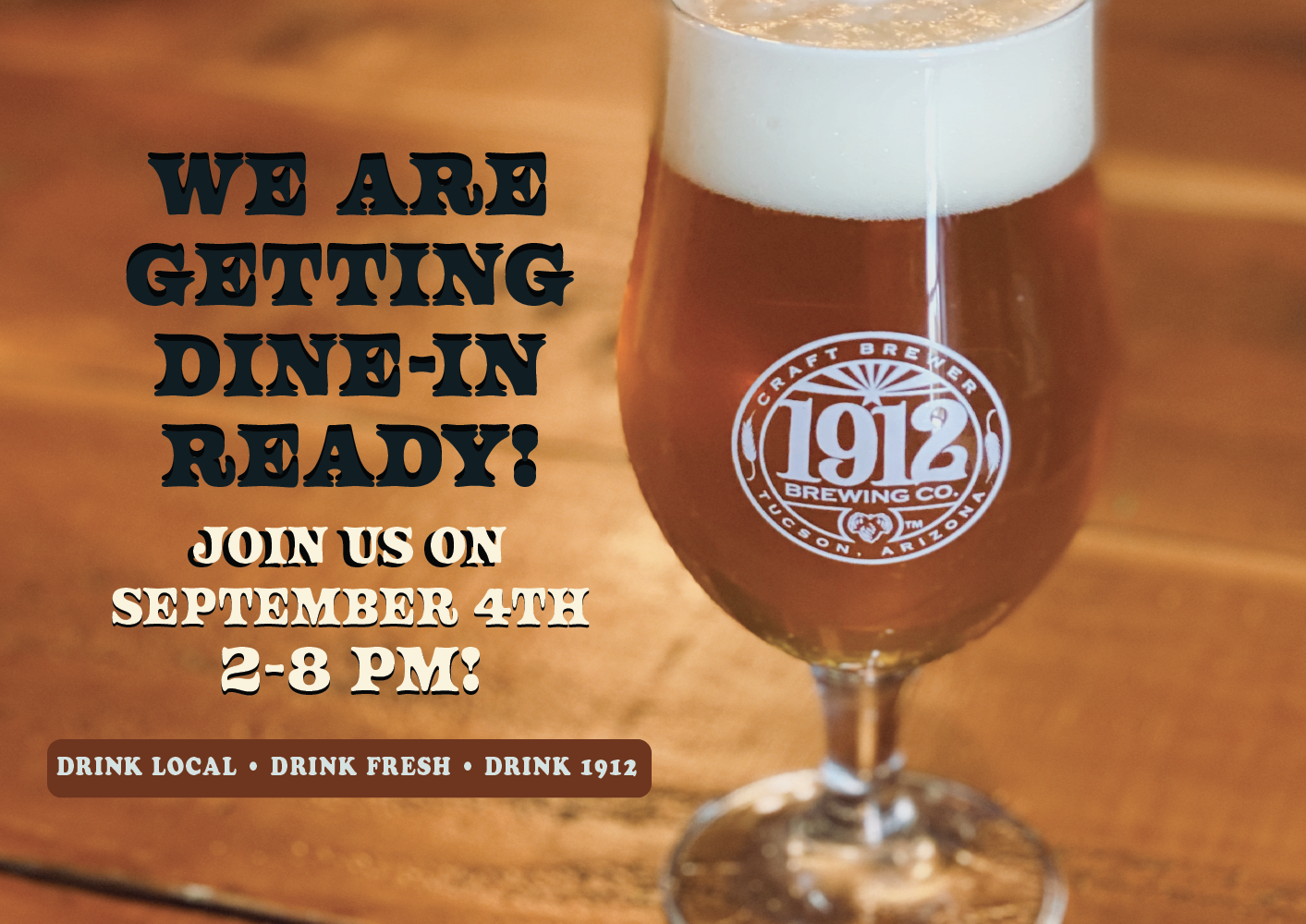 We are getting Dine-In ready!

We are happy and grateful to see you!! Join us this Friday September 4th, 2020 from 2-8pm and enjoy some beer and food!

Please help keep us and other establishments open.

Do not enter if you are sick, or have similar symptoms.

The governor is requiring that masks be worn when you are not seated. Bar seating is closed until further notice. Our occupancy will be limited to 50% (we are working on outdoor seating). Social distancing guidelines (6ft separation) should be observed.

Please no more than 10 people to a table. Please do not move the tables or add chairs unless approved by your beertender.

If you have a medical condition that prohibits you from wearing a mask, please inform your beertender, remain seated and socially distanced as much as possible.

In order to be open for dine in service, we must serve food. Please enjoy our locally made tamales, chips, and salsa.

Our beertenders will be wearing masks while they work to keep your suds and bites flowing. They will also be cleaning the brewery every two hours including the bathrooms. Tables and chairs must be cleaned before you can be seated.

Congregating is prohibited by the ADHS and governors executive order so we ask that you are seated when eating and drinking, not standing around a table etc.

We will continue to offer pickup and curbside.  You can order via our online store (www.1912brewing.com/order-online) to avoid any lines or waiting. We have a reduced staff so we ask that you be patient with us. Please respect both our guests and employees while enjoying yourself. 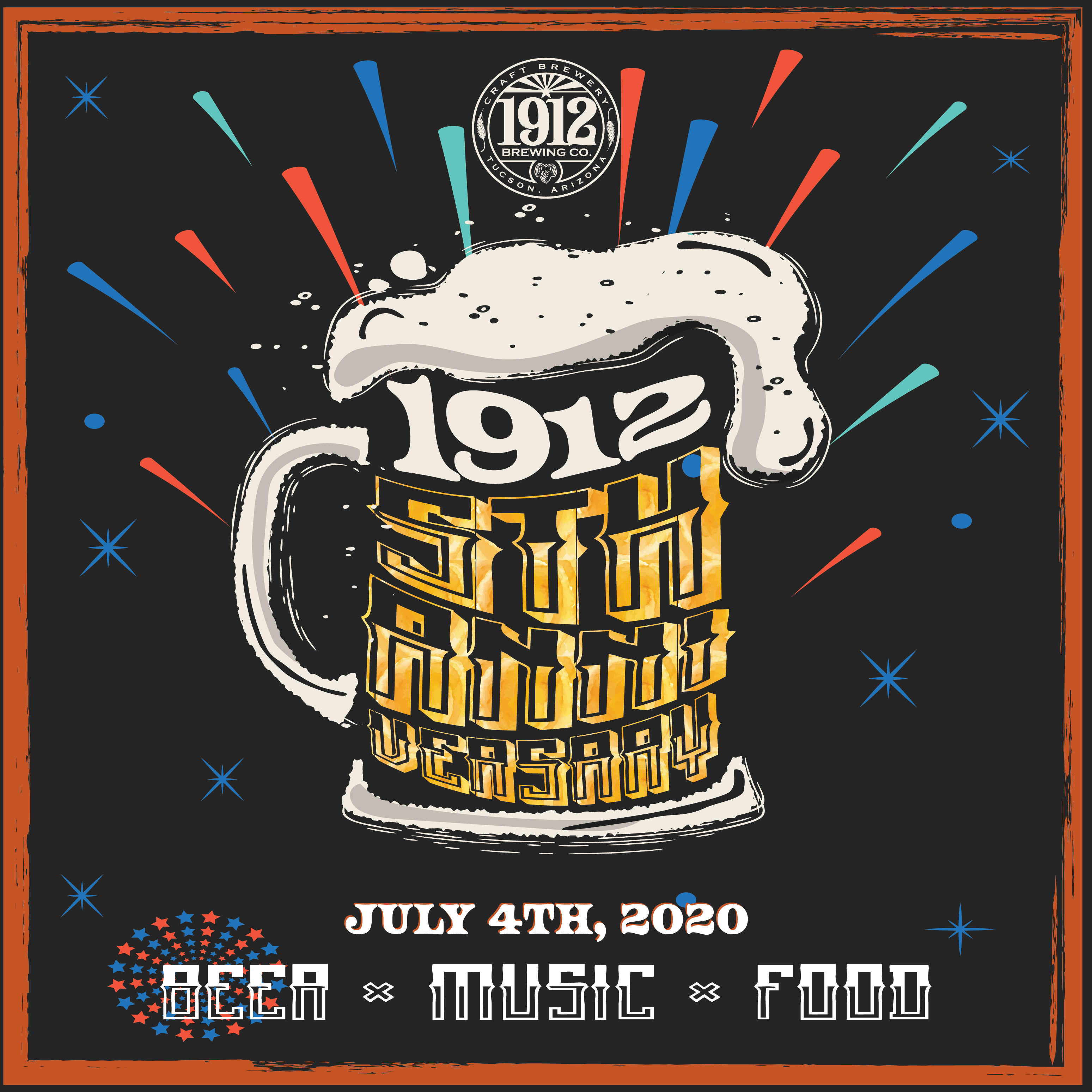 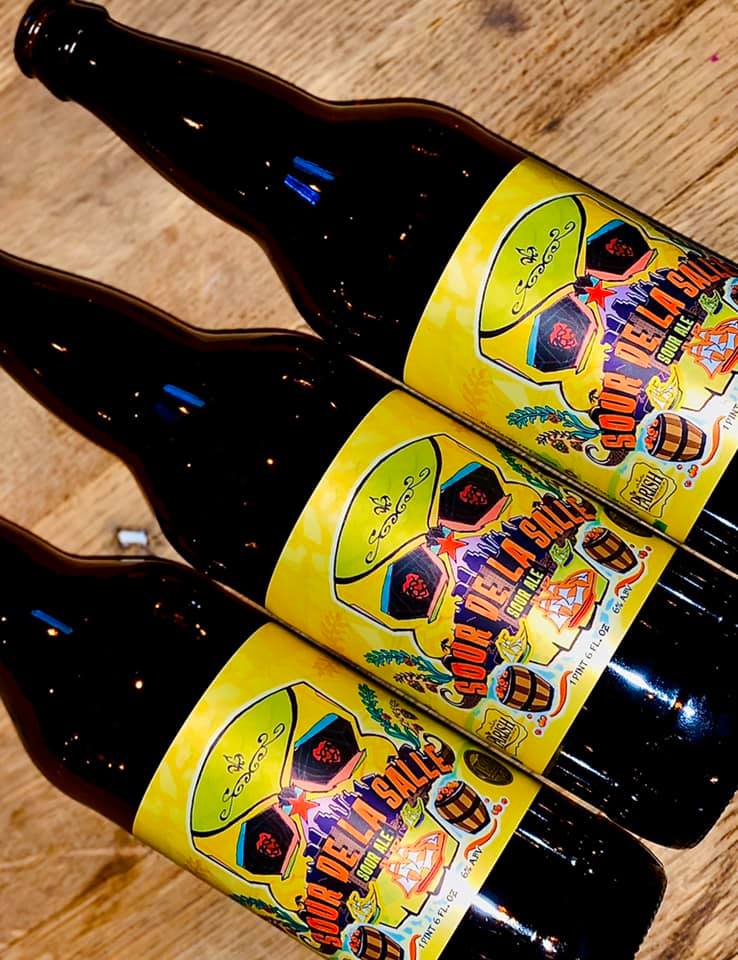 Join us for our Tap Takeover at 6 pm The Parish with our collabrew ‘Sour De La Salle’ that has been in the works for a little while now…. Sour De La Salle is named for the French explorer (Rene-Robert Cavelier, Sieur de la Salle) that claimed the Mississippi River basin, including Louisiana, for French King Louis IV. Sour de la Salle combines the funky character of 1912 Brewing Company with the Southern Fusion of The Parish Restaurant. This sour uses a blend of two sacharomyces and the peaches from the famous Parish infusions. Soured using our 1912 house culture, this mixed fermented sour was blended to our delight by our brewers. Tasting notes include tart and funky with intense stone fruit characters. This beauty rounds out at 6% and we don’t much care about IBUs in this one. ?
#AZBW #ArizonaBeerWeek

Excited to be partnering with The Parish for this epic Arizona Beer Week event! Bringing you Southern Fusion dining to our Westside Brewery. Check out the line up for our Dinner Pairing 2.12.2020. Tickets are more than 50% sold out, get yours while you can!