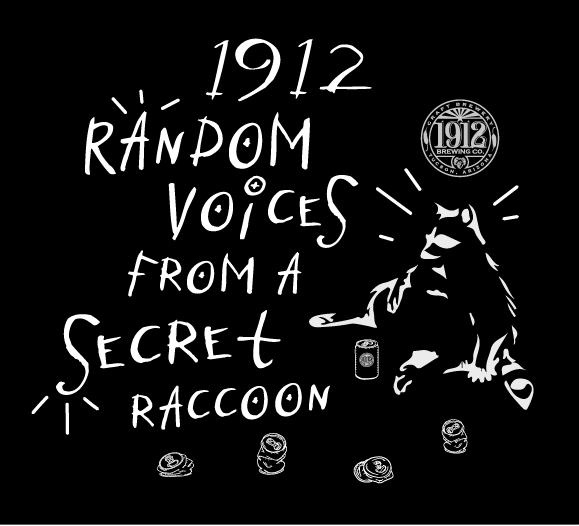 Join us for the release of the 1912 Random Voices from a Secret Raccoon Hazy IPA… The beer that started the series is making a comeback!

The name originates from a family dinner with 1912 Owner’s Allan and Alicia, and their two boys. The boys were stuffing their faces, in a dimly lit dining room, when Alicia gets home. Worried about the quiet stillness, Alicia shouts “Is anyone there? Out of nowhere, Braydon, the youngest of the boys, yells, “No, it’s just random voices from a secret raccoon!” They all looked at him and burst out laughing. After a few minutes, Braydon looks at his dad, and says “That would be a great name for an IPA dad!”
Now three years later and we’ve made 13 hoppy beers in the series. Braydon not only named the beer, but he also selected the hops and helped brew it this year! Not bad for a now 9 year old!

Random Voices from a Secret Raccoon is a New England style Double IPA. This juice bomb is loaded with notes of tropical and stone fruits from the intense hop bill of Melba, Simcoe, Mosaic, Amarillo, Cashmere, and Ekuanot, rounding out at an 8% ABV! Enjoy a pint, and get your 4-pk to-go!

Daniela’s Cooking will be on-site with Logo Patty Melts and her full menu available to enjoy in-house, or to-go! 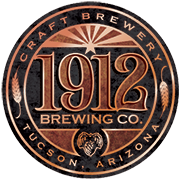