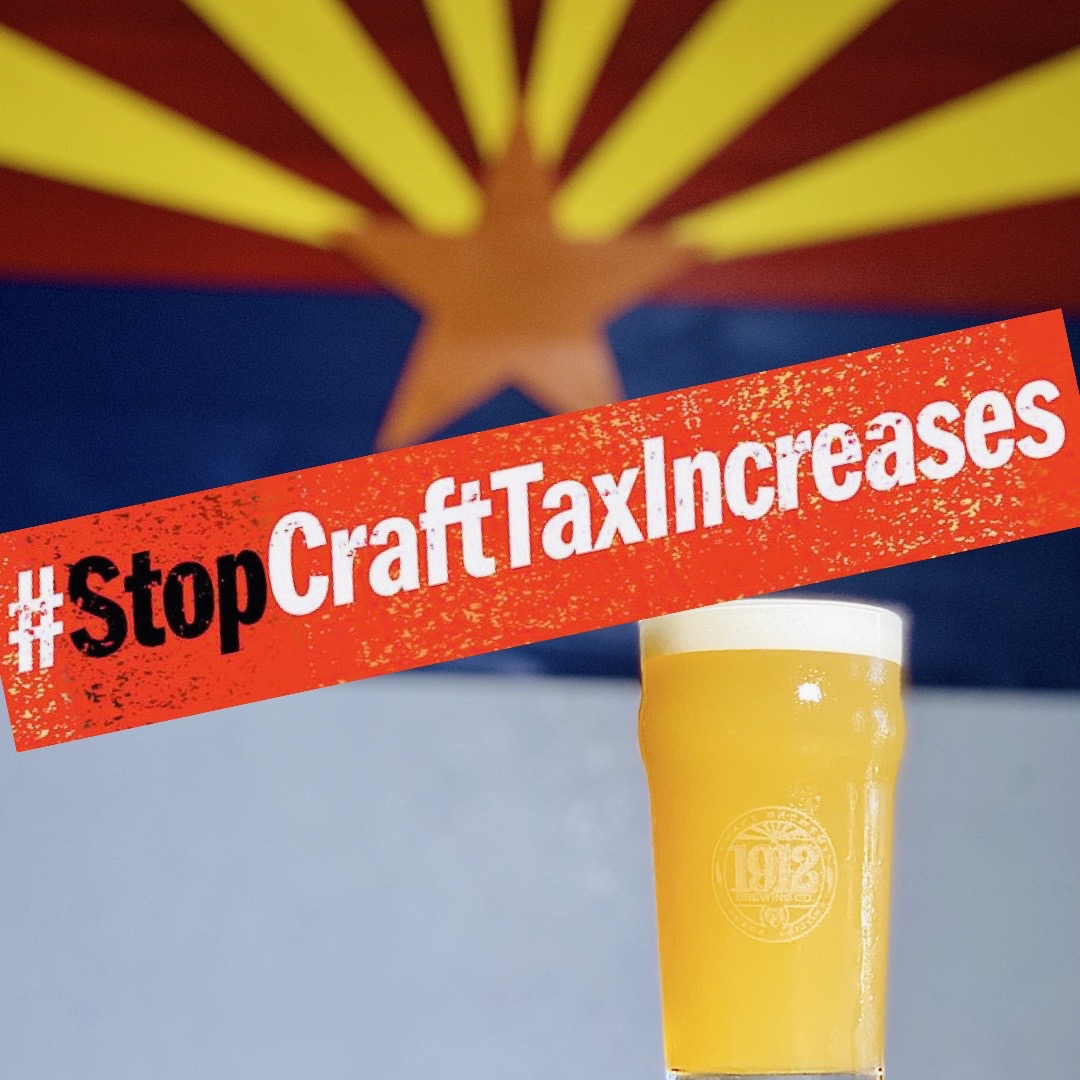 We need your help now by telling Congress to #StopCraftTaxIncreases!

In less than 30 days, the legislation that recalibrated the federal excise tax rates (FET) for your brewery is set to expire. If Congress doesn’t act to make the current rates permanent or extend them, breweries across the country will see their federal excise taxes increase on January 1, 2020.

The time to Act is NOW. Join the Brewers Association, the Arizona Craft Brewers Guild and 7,500+ of your peers and use this easy-to-fill-out online form: https://p2a.co/jCFN85n. Let your elected officials know that if they don’t pass the Craft Beverage Modernization and Tax Reform Act or extend the current FET rates:
· Domestic breweries that produce less than 2 million barrels (bbls) of beer a year will see their FET increase 100% on the first 60,000 bbls (from $3.50/bbl to $7.00/bbl).
· FET rates will increase from $16/bbl to $18/bbl on all bbls above that (up to 6 million bbls per brewery/per year).
· Small and independent breweries across the country will be forced to pay an additional $80 million in FET in 2020.
· Breweries that are not owned by a similar entity will lose their ability to transfer beer between bonded facilities.
History was made on December 5, 1933 when prohibition was repealed. Let’s make history again. Contact Congress now and let them know how your business would be impacted if the current federal excise tax rates aren’t made permanent or extended.

With more than 7,500 breweries across the U.S. we want Congress to be flooded with emails, calls and tweets. The Brewers Association is asking you and all your brewery employees to contact Congress today and help support our community! ?