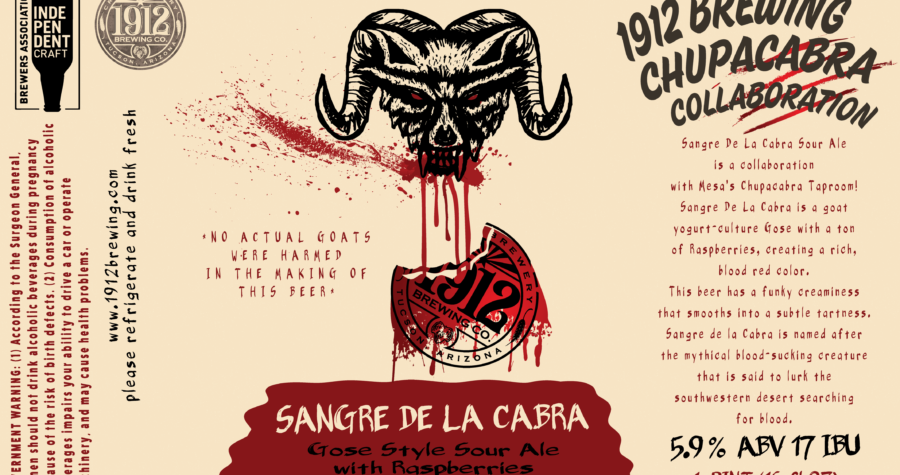 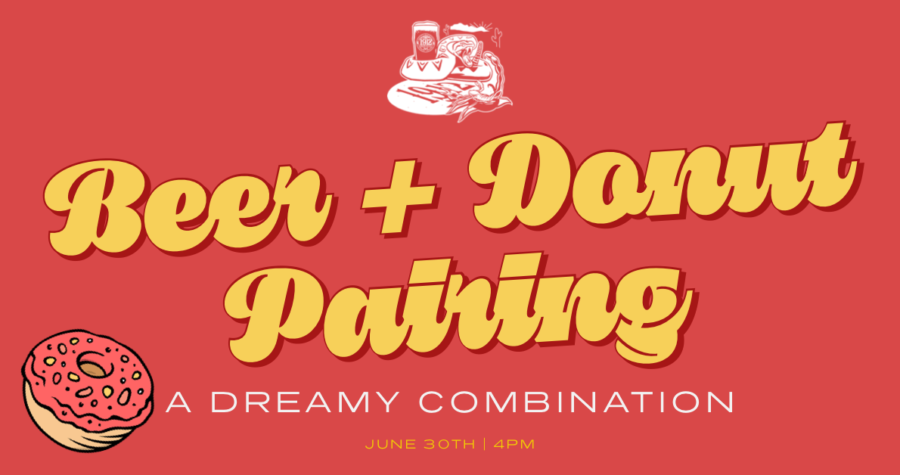 Join us at 1912 Brewing for a Donut and Beer Pairing…

We will be featuring three donuts and three beer combinations! Featuring, a array of beer styles!

Don’t miss out on this pairing. Kicking off at 4pm, ‘til we are sold out! 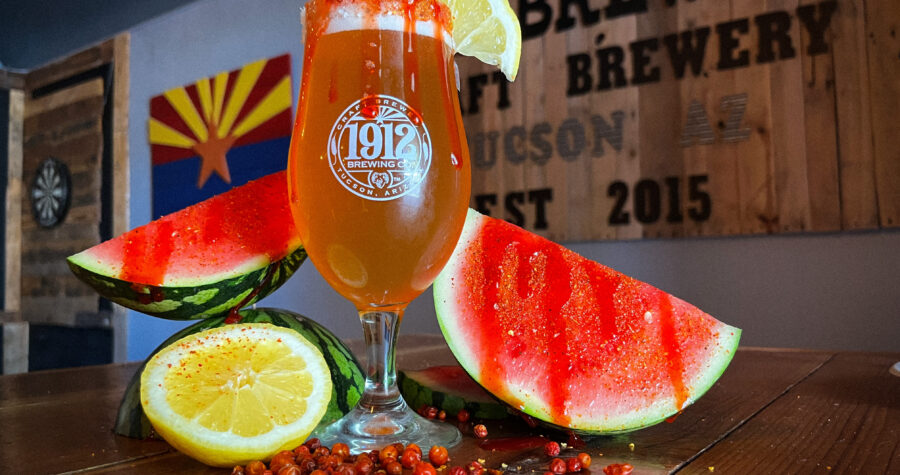 We are releasing the 1912 Sandia Loca Gose… A Mexican Candy inspired Gose!

The first in our Mexican Candy inspired series, Sandía Loca is made with Watermelon (Sandía), Tamarindo, Chamoy, Lemon, Chiltepin, and Salt.

Reminiscent of our favorite childhood paleta’s, a watermelon lollipop covered in chili and chamoy. This Gose has sweet notes of watermelon that expand into the smooth notes of chamoy and tamarindo. Kisses of chili find there way throughout the brew the more you sip on it. Ask your beertender for a Tajin rim, you won’t regret it. 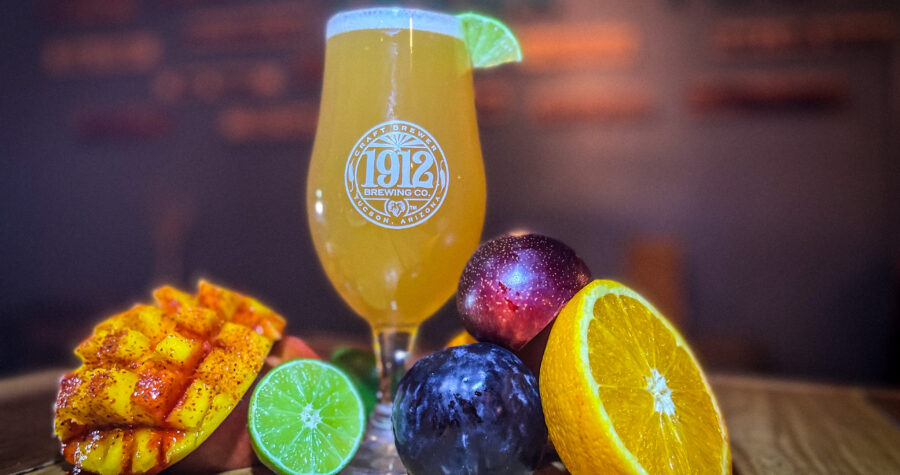 Try our newest release the No Mames Way, Gose made with Tangerine, Mango, Apricot, Plum, and Lime.

Taunting aromas of tangerine and a burst of Mango on the palate that transitions into a citrusy-lime tartness. Tangerine toys with your taste buds with ever-so-subtle stone fruit notes that come out to play until the dry citrus tartness and sea salt conquer your palate.

+ The Opha May, a bourbon barrel-fermented Barley Wine. Available on draft tonight! 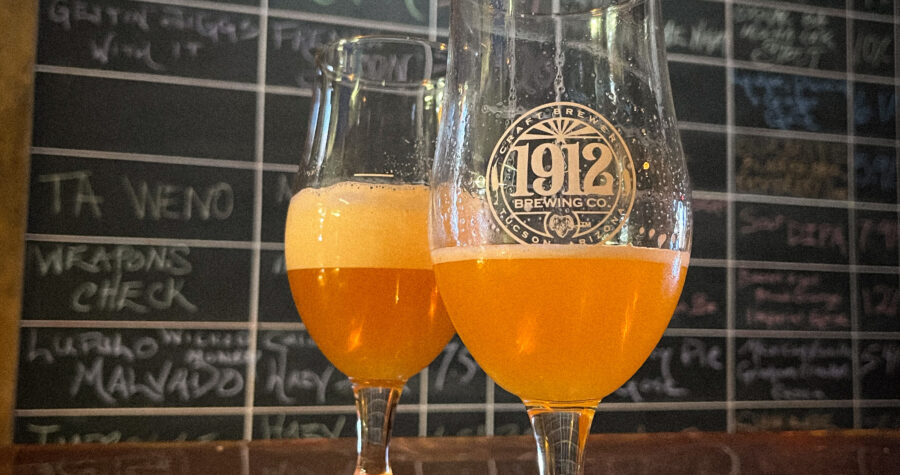 Gose’s are Sour Ales known for their addition of Sea Salt and Coriander. Originating from the city of Goslar, Germany. Known for being at the edge of the Gose River (where they city got the name). It’s waters were once used in the brewing of the traditional Gose.

Stay tuned for our upcoming releases, in the meantime, try any of our 6 Gose’s on draft today! 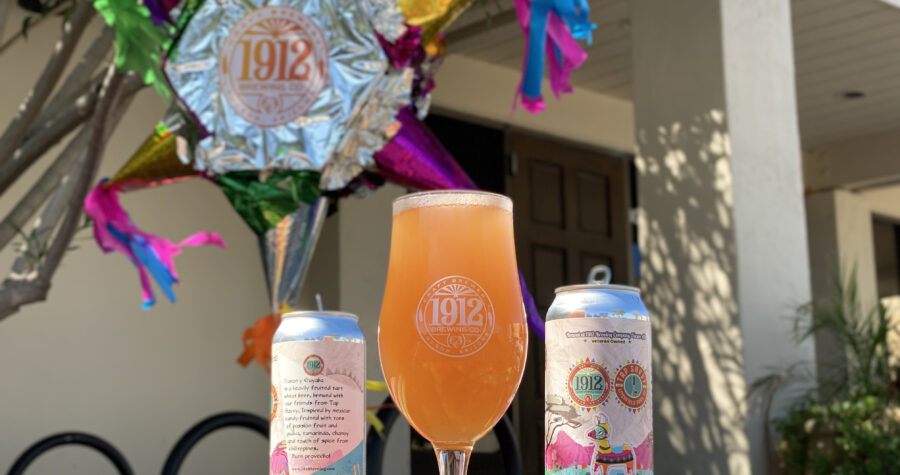 Inspired by Mexican candy fruited with tons of passion fruit, and guava, tamarindo, Chamoy, and a touch of Chiltepins. 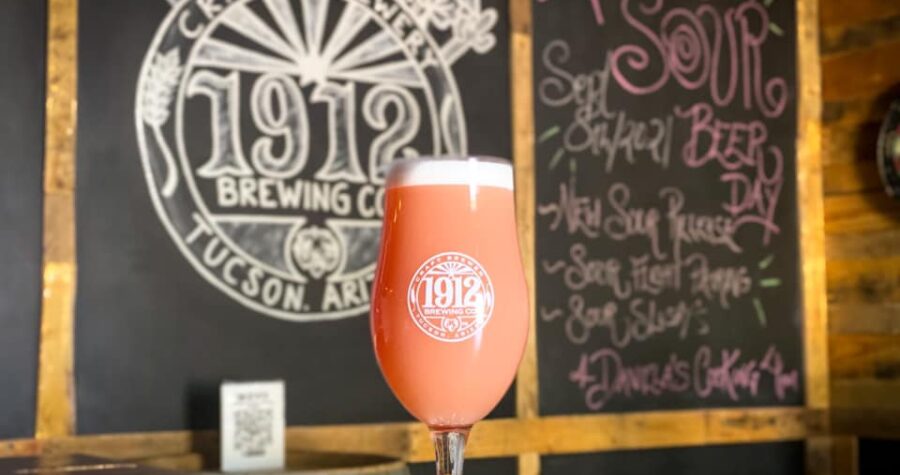 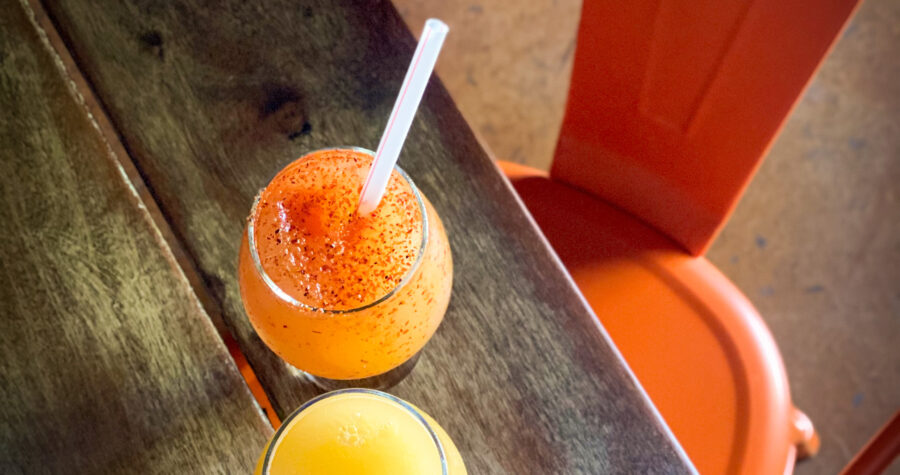 Get it ‘Amped Up’ with Chamoy & Tajin to add a little extra spice! ?

Join us on Wednesday, August 18th for our release of the Naughty Lobo Gose!

We’ve partnered with the Arizona Sonoran Desert Museum in effort to raise awareness and fundraise for the Mexican Gray Wolves. The Naughty Lobo is an Imperial Blood Orange Gose infused with local chiltepines from the AZSDM Mexican Gray Wolf habitat.

“The Mexican Gray Wolf is a subspecies of the gray wolf, commonly referred to as “el lobo”.

Though they once numbered in the thousands, these wolves were wiped out in the U.S. by the mid-1970s, with just a handful existing in zoos. In 1998, the U.S. Fish and Wildlife Service, led by Jamie Rappaport Clark (now president of Defenders of Wildlife), released 11 Mexican gray wolves back into the wild in Arizona.

Although their numbers have grown slowly, they remain the most endangered subspecies of wolf in the world because of compromised genetics, human intolerance and reluctance to release more individuals and bonded pairs to the wild.” https://defenders.org/wildlife/mexican-gray-wolf

“ASDM spearheaded a captive breeding program that is bringing the wolves’ numbers back from the brink. Now a reintroduction campaign is attempting to restore wolves to their rightful place in the mountains of the Southwest.

Listen for the howl of the wolves on your next visit to the Desert Museum, expecially during the spring mating season.” – https://www.desertmuseum.org/visit/exhibits_mountainwoodland.php

10% of our beer sales of the Naughty Lobo will be donated to the Arizona Sonoran Desert Museum’s effort to re-establish El Lobo’s in the wild. 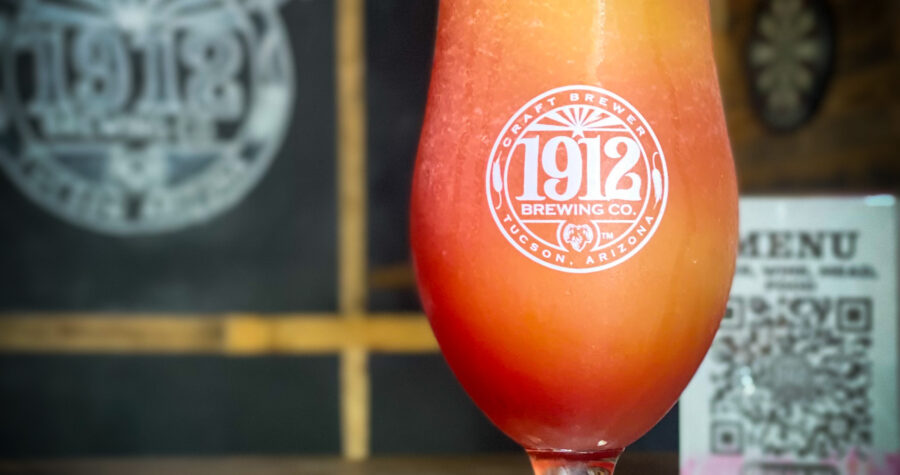 Try our two newest beer slushies of the week:

And the Baya Gose, a delicious sour beer made with Marion Berries, Raspberries, and Blueberries, as well as toasted coriander and Oregon sea salt. The berries and tartness are at the forefront followed by a pleasant salt finish.

Enjoy them separately, or blend them both for an Ultimate Beer Slushy of berries and citrus! Delicious and refreshing for our Arizona summer nights.