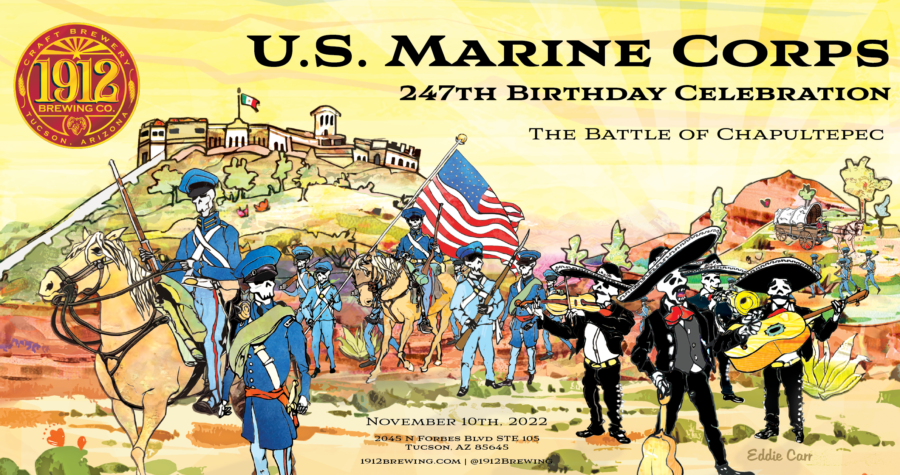 Join us for our 1912 Brewing annual celebration of the Marine Corps Birthday on Thursday, November 10th, 2022! We are welcoming Marines, Veterans, Reserves and, friends and family of Marines.

This year, we remember the historic “Battle of Chapultepec” known as the final stronghold of the Mexican War. On September 13th, 1847, 120 U.S. Marines and Soldiers stormed the Chapultepec castle.

Tickets include:
~ A Reserved Seat for Dinner and Ceremony
~ Beer and Food Dinner Pairing
~ A Slice of the Ceremony Cake

Purchase tickets by visiting us during open taproom hours or visit our online store at www.1912brewing.com/order-online!